News from our newspaper (Correspondent Chen Lei) The fourth general meeting of Shengzhou Machinery Industry Association was held in Shengzhou Hotel on November 6, 2021. Chen Pan, Deputy Secretary General of Zhejiang Machinery Industry Federation, Fan Hongwei, member of the Party Committee of Zhejiang Polytechnic Institute, attended and delivered speeches respectively. Shi Xiangjun, Vice Mayor of Shengzhou Municipal People's Government, attended the meeting and delivered important speeches, President Wang Yinan, on behalf of the Third Council, made a report on the work of the Third Council to the General Assembly. The fourth council of the Association was elected in the conference, Zhongyi Machinery was elected as the fourth chairman unit of the Association, and Wang Yinan was re elected as the president.

Shengzhou machinery industry is one of the three pillar industries in Shengzhou City. After more than 60 years of development, this industry has formed a number of blocky industries with influence at home and abroad. The backbone enterprises such as Zhongyi Machinery, Fengli Crushing, Universal Spring, Double Bird Gourd, etc. are in the leading position in the subdivided industry at home and are well known internationally.

It has been the fourth session of the Association since its development. Comrade Wang Yinan led all members of the third session to actively carry out internal standardization, external exchanges, internal promotion, external expansion, service enterprises, service industries, staff departments, advisory governments, etc., and achieved fruitful work. This year, the Association was rated as a 5A social organization by Shengzhou Civil Affairs Bureau. 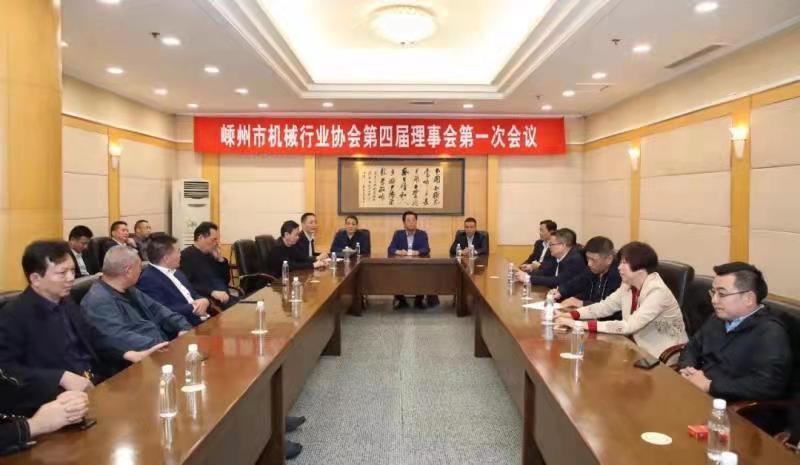